Although the very name of the band Seven Day Hunt may not sound familiar, they are not debutants. Group founders – Jaap Mulder, Aldo Adema and Marcel Copini – were members of a popular Dutch band Egdon Heath for over 18 years. When the group parted they formed Seven Day Hunt together with Erikiem Koningiem and Hanem Uil and the album File This Dream is the crowning experience of their cooperation.

Who is this album for? I think that it’s a good choice for both, those who like traditional neoprogrock sound in Marillion style and those who prefer more modern approach to music like Porcupine Tree.

CD begins with a strong kick. At the very beginning we get the longest, more than 14-minute track No Plaster Saint. It’s in the best neo prog style possible, a complex composition with changes of tempo and mood, interesting guitar sound and keyboard lines. Not many bands decide to to start an album with the longest compositions and congratulations on that. The band should be proud of No Plaster Saint because it is one of the best elements of the album. The third track Money Speaks brings to my mind atmosphere presented on Fugazi – Marillion – it’s the matter of style and character. The album is full of action. There are lines for acoustic guitar (The Voice Inside), parts for wind instruments (File This Dream), there are also elements resembling psychodelic music (Hidden Behind Myself). I like long atmospheric guitar sound a’la Steve Rothery (The Noise) and memorable solo parts . An interesting element of the album is the voice of Caroli Magermars featuring the couple of tracks (Hidden Behind Myself czy The Voice Inside). Her voice is very intriguing and adds immensly to the overall effect.

Seven Day Hunt is one of the most interesting albums that have been released in 2008. The music is very intriguing, and together with an interesting artwork it attracts to have a try on it.

CHAOS OVER COSMOS – 2021 – The Silver Lining Between the Stars 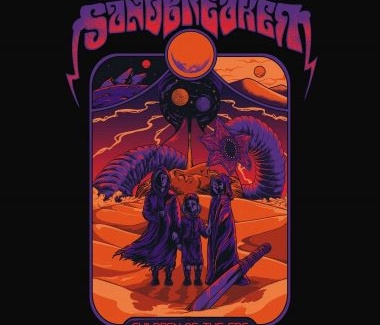 JENNER – The Test of Time (Review)